Ozone is nature’s best cleaning tool. A unique and natural phenomenon that aids us in countless ways. The ozone layer that shrouds our planet protects us from the harmful UV rays emmited by the sun. Ozone in our atmosphere also helps cleaning and reducing pollution, and actively helps in the creation of a much safer environment to live. Alongside fluoride, ozone is the most powerful oxidant in the world. Some call it a miracle, others say it is astounding. Call it as you will, it is the safest and cleanest way to remove mold, moss, fungi, bacteria, and other air and water pollutants.

Ozone is sometimes called “active oxygen”, its molecule has 3 oxygen atoms instead of the 2 that we normally breathe. Interestingly enough, ozone actually appears fairly easily in nature; frequently as a result of lightning hitting the ground during electrical storms. In fact, that “fresh, clean, springtime rain smell” that we notice after a storm is almost always the result of the creation of ozone by nature. Ozone is also created by the static electricity produced in waterfalls.

HOW IS OZONE NATURALLY PRODUCED?

Ozone is produced by the radiation of the sun’s UV rays. It is also created in the atmosphere when oxygen is exposed to an electric discharge like lightning. That clean, fresh smell that you perceive after a storm is actually ozone.

HOW DOES VESIBOX® CREATE OZONE?

Vesibox® uses a controlled electric discharge to produce a constant supply of ozone.

Approximately 19.9% of the air we breathe is oxygen. By replicating the action of lightning under controlled conditions and using a high voltage discharge, we split the oxygen molecule in two separate atoms. These oxygen atoms are highly reactive and recombine in groups of three, thus creating ozone.

Basically there are two methods of creating ozone; using UV lamps, or by electric discharge, also known as “Corona effect”. Most of the equipments in the world use the Corona effect, which mimics the effects of lightning. UV equipments are rare, because they produce low amounts of ozone, and require very high maintenance compared with the ones that use the Corona effect.

WHAT ARE THE BENEFITS OFFERED BY VESIBOX®?

HOW DOES OZONE WORK IN WATER?

Ozone in adequate amounts has an oxidant, bactericide, germicide, and fungicide action; it rapidly and effectively destroys streptococci, staphylococci, colibacteria, etc., as well as diphterian and tetanus toxoids.

In water, it has the mission of sterilizing, since ozone not only works as an oxidant and deodorant of dissolved organic substances, but also as a potent sterilizer.

In comparison with chemical procedures, the ozone sterilization procedure works a lot better in waters contaminated with bacteria, viruses, and infections; it has even proven to have erradicated the poliomyelitis virus after it is used. It is also used in sea water sterilization, to rid seafood of bacteria like E. Coli, Algae, protozoans, streptococchi, faecal coliforms, etc.

HOW DOES OZONE FIGHT ODORS?

Unpleasant odors are actually bacteria and other microorganisms that are suspended in the air. Ozone is a powerful oxidation (chemical combustion) agent. So, when an ozone molecule comes in contact with a pollutant, it sheds one of its 3 oxygen atoms, which attaches to the pollutant molecule and starts oxidizing and reducing it to a harmless, benign molecule; leaving the 2 other atoms that form pure, clean oxygen.

HOW DOES OZONE BEHAVE WITH VIRUSES AND BACTERIA?

Bacteria are unicellular microorganisms with a primitive structure that absorb nutrients and release metabolic substances from and into the environment, and multiply by binary fission, which is a method of asexual reproduction that involves the splitting of a parent cell into two approximately equal parts. The body of a bacteria is protected on the outside by a relatively solid cellular membrane.

Viruses are small infectious agents that replicate only inside the living cells of other organisms. Viruses can infect all types of life forms, from animals and plants to microorganisms, including bacteria and archaea. Unlike bacteria, viral populations do not grow through cell division, because they are acellular. Instead, they use the machinery and metabolism of a host cell to produce multiple copies of themselves, and then assemble in said cell.

When ozone comes in contact with a bacteria, it interferes with the metabolism of bacterium-cells, most likely through inhibiting and blocking the operation of the enzymatic control system. A sufficient amount of ozone breaks through the cell membrane, and this leads to the destruction of the bacteria.

When ozone comes in contact with a virus, it destroys them by diffusing through the protein coat into the nucleic acid core, resulting in damage of the viral RNA. At higher concentrations, ozone destroys the capsid or exterior protein shell by oxidation, so DNA (deoxyribonucleic acid) or RNA (ribonucleic acid) structures of the microorganism are affected and the virus is destroyed.

HOW DOES OZONE BEHAVE WITH CIGARETTE SMOKE?

It eliminates phenol gases through their oxidation. Phenol gases are the invisible part of cigarette smoke which causes irritation in our eyes and creates unpleasant odors. Instead of only filtering some of the visible particles like “electronic air fresheners” do, ozone completely frees any environment from the effects of cigarette smoke.

HOW LONG DOES OZONE STAY IN THE AIR?

As soon as it forms in the generator and disperses in an environment, several processes occur, including:
a) Oxidating reaction against odor causing agents, which consumes ozone.
b) Oxidating reactions against fungi, mold, bacteria, and other pollutants, which also consumes ozone.
c) Natural reduction (reverting to oxygen) of the excess ozone due to its chemical instability. This process takes approximately 30 minutes.

Consequently, despite being so powerful, ozone does not last very long. It simply does its job, and then disappears.

Ozone was discovered over a century ago, so plenty about it is already known. Several regulating entities including the Occupational Safety and Health Administration (OSHA) have stipulated that the safe level of residual is of 0.1 parts per million (equivalent to one drop of water diluted into 50 liters), based on the safety history of ozone. Note that this safe level is for a continuous 8-hours a day, 5-days a week exposure.

The ozone generated for pollution and odor control is used in very low concentrations, between 0.02 and 0.05 parts per million. Vesibox® operates within this threshold. This means that the level of ozone generated in compliance to the control adjustment guidelines is in fact less than the level found in a typical non-industrial rural environment.

Certified by IAPMO R&T to the US EPA Guide Standard and Protocol for Testing Microbiological Water Purifiers for the reduction of bacteria, virus and cysts. 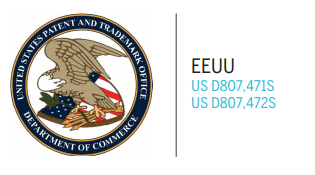